All the world, divided though it is into cultures, countries and castes, stand together so far as celebrating birthdays goes. Birthdays are celebrated with as much zeal and vigour as a festival. People seemingly adore turning a year older!

Birthdays have an old, old history. When the human beings could decipher the lunar cycle and the passage of a year, they created the concept of anniversaries. Earlier birthday parties were not mere celebrations they were a means to protect the special person from evil spirits by collecting all his friends and relatives under one roof. 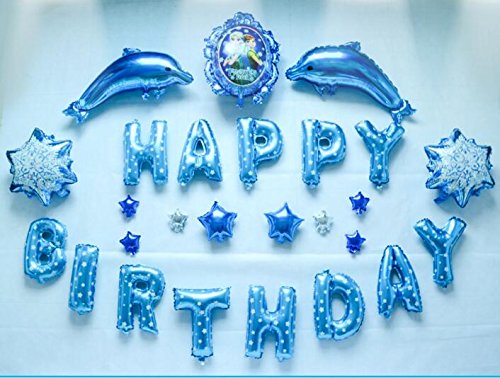 Popular traditions at a birthday party are:

* Birthday cake – cakes used to be round previously; today they come in many shapes
* Birthday candles – number of candles is traditionally equal to the person’s age; some people take one candle more than the age and leave it aflame for good luck
* Blowing out of candles/Birthday wish – if all the candles are blown out in one attempt, the person asks for a wish secretly and gets it!
* Birthday song – ‘Happy Birthday to you’ is most popular
* Birthday gifts and cards
* Birthday decorations -balloons, crepe streamers, confetti, whistles and cheerfully coloured long pointed paper hats

One cannot do without celebrating one’s birthday with a party. Especially because planning a birthday party has become very simple these days.

Birthday party supplies were never so freely available. Cakes, candles, balloons, crepe streamers, return gifts – you name it and you have it – in packets neatly arranged according to popular party themes.

An integral part of birthday celebrations are the birthday party balloons.

Winnie the Pooh opined, ‘Nobody can be uncheered with a balloon,’ and expressed in words what every young heart felt. Balloons have a history. Professor Michael Faraday made the primitive rubber balloon in 1824 at the Royal Institution in London for use in his experiments. He used hydrogen as the filling gas.

Today the material used most popularly for birthday party balloons is latex. Latex has the advantage of being biodegradable, which its colleague, plastic possesses not.

Toy balloons have been variously experimented with:

Birthday parties will be made greater fun with the used of newer birthday party balloons. Are they not fun?